How do self-driving cars navigate with limited road lane markings?

Enhancing navigation with swarm data from other vehicles 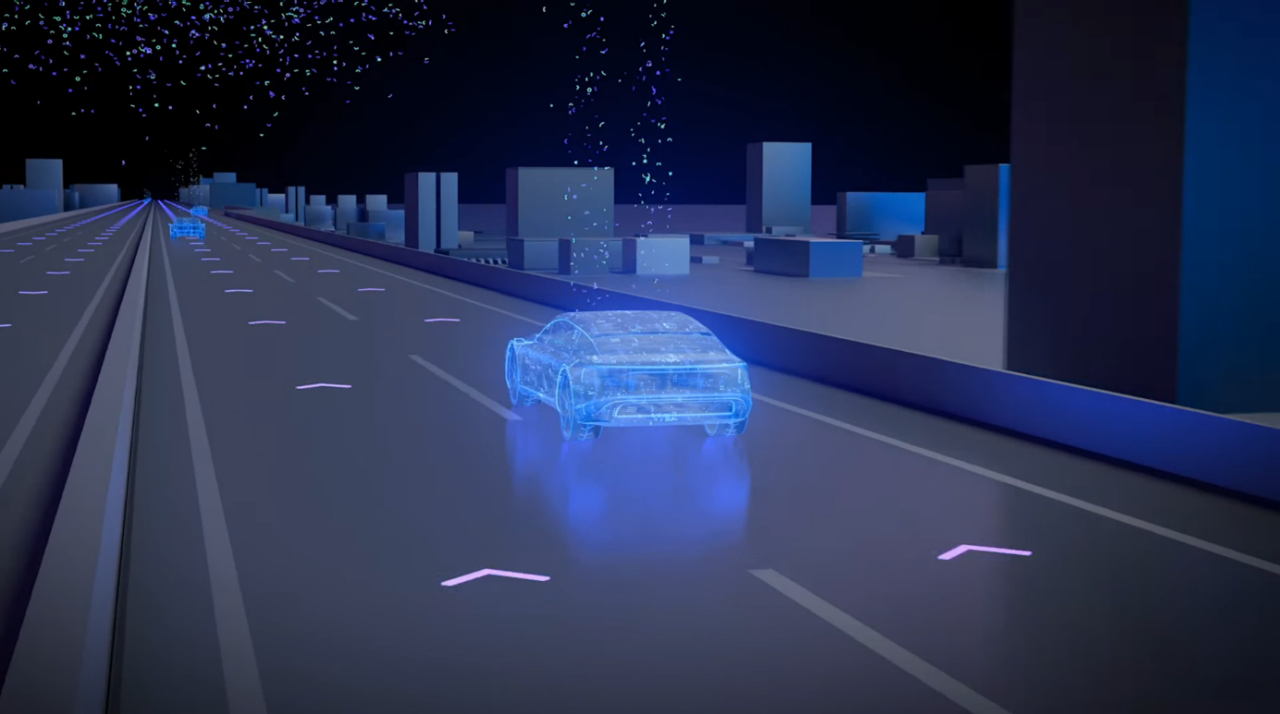 Structured roads like highways are easy for self-driving cars to understand, whereas unmarked roads present a greater challenge.

Modern vehicle lane-keeping technology is able to reliably detect well-marked road lanes and clear signage. These are characteristics typical of roads like highways, which have a simple and standardized structure. Because of this, they’re relatively easy for self-driving cars to understand. Cameras mounted to the vehicle can detect the clear lane markings so that it knows where the boundaries are. A very convenient function for customers – no surprise, then, that lane-keeping has already become a popular ADAS (advanced driver assistance system) feature worldwide.

However, there are environments like cities and country roads that are harder to handle, especially for self-driving vehicles. When it comes to urban driving, the car is faced with an extremely busy and complex environment. And in the case of rural country roads, there can be so little infrastructure that it has no means of guidance at all. Roads might be in poorer condition, uneven and strewn with potholes. Lane markings at the side and in the middle of the road might be unclear or lacking entirely. ADAS/AD functions are fundamentally harder to introduce to such surroundings. But with the help of swarm data, the self-driving car can successfully find its way around even in this challenging environment.

What is swarm data?

Let’s think about crowd-sourcing – gathering information from many individuals and different sources, then combining and sharing it. Swarm data, in the automotive world, works in a similar way, only that information is gathered by and shared between multiple vehicles. As a prerequisite, drivers must consent to their car’s data being shared. Such information may include data not only about the individual vehicles themselves, but also their surroundings, the road conditions, the precise location of road infrastructure – including signs and lane markings – and even the line they drove on specific roads.

As a vehicle drives down a road, it gathers data with its various sensors and sends it to the cloud where it’s made available to other vehicles. Then, as more vehicles drive on the same road and record the same environment, they continuously verify the accuracy of the information. If the conditions and infrastructure in the environment change, vehicles detect those changes and update the data in the cloud for all cars on the road. In this way, millions of vehicles can communicate with each other, passing on information about a vast road network – even for cars that have never driven these routes before. They can easily follow their path and keep to their lane whenever their sensors are unable to detect clear road markings.

The foundation for automated driving functions

Swam data forms the foundation of very precise, highly automated driving (HAD) maps. These are more advanced than standard-definition and high-definition maps, which contain information like the street network and lanes, and are used for the purpose of orientation. HAD maps, by contrast, allow the self-driving car to calculate its exact location in relation to everything in its immediate environment. This is called localization. HAD maps tell the vehicle what the road geometry and surface topography look like – not just to a few meters, but with the absolute precision needed for automated driving functions.

The self-driving car therefore doesn’t always need clear road lane markings to use as a guide. Instead, it can base its trajectory on the HAD maps created by swarm data from other vehicles that have already used a specific road. Automated driving functions like Travel Assist can use just one identified road lane marking to keep the vehicle where it should be. This means that automated driving is also available on country roads without a central lane marking, for example. As the amount of swarm data gathered increases, so too does the accuracy and precision of HAD maps, broadening the availability of this technology and allowing self-driving vehicles to continue on their journeys.