MVP E3 2.0: A huge step in our platform development

Recently, CARIAD finalized the development of our MVP E³ 2.0. In this blogpost, we describe what can be accomplished with this prototype, outline two specific use cases, and explain what this great milestone means for the future of automotive technology. The MVP is the first functional network of the E3 2.0 architecture, the development of which is led by Alexis Trolin.

CARIAD’s new MVP (Minimum Viable Product) represents the very first real-life, functional network of our E3 2.0 architecture. Running across several evaluation boards, with VW.OS and a connection to VW.AC, it’s a true representation of the capabilities of our software platform and allows for the development of vehicle functions.

Developers at CARIAD have been working on the foundations for the E³ 2.0 program over the last one and a half years, and on the MVP itself since May. Earlier this year, we consolidated various different vehicle functions across the Volkswagen Group brands and identified the key use cases that we wanted to test. After conducting a number of POCs (proofs of concept), the project became a consolidated effort and took the form of the physical MVP, comprised of various evaluation boards and ECUs (electronic control units) from the target architecture. The MVP also features a selection of sensors and actors.

The development of the MVP involved all domains across CARIAD and the entire Solution Train 2.0 – with colleagues not only from all across Germany, but also in Seattle and India. The project was developed iteratively with an agile development procedure and methodology, and new increments every three months. The recent finalization of the MVP then took place over the past couple of weeks with a team on site at the IN Campus in Ingolstadt, as well as colleagues working remotely. During this time, the team carried out final debugs of the whole network and tested the last parts of functions, focusing on every part and integrated use case.

Why is this such big news?

With the finalized MVP, we’ve completed a stable, functional platform at a very early point in time – way ahead of the first vehicles that will feature the E3 2.0 architecture. This is the first time that this has ever happened in the Volkswagen Group.

We’ve moved on from theory and, with this practical example of the future architecture, can prove that we at CARIAD can deliver what we set out to achieve. We can now use this MVP to work on functional development for the software platform at a very early stage. At the same time, it allows us to identify any areas for improvement and to correct any errors before the first vehicle prototypes. In this sense, we’re taking an inside-out approach. The software comes first, and the car is built around it later. The Volkswagen Group is becoming a software-driven mobility provider.

Additionally, with the MVP, we’re able to demonstrate a number of different initial use cases. Some of these focus on single ECUs, while others are rather more complex – even at this early stage. The MVP is fully connected, with event chains from app to actuator. These use cases allow us to make the functionality of the MVP visible. Two examples of this are climate control and over-the-air updates. 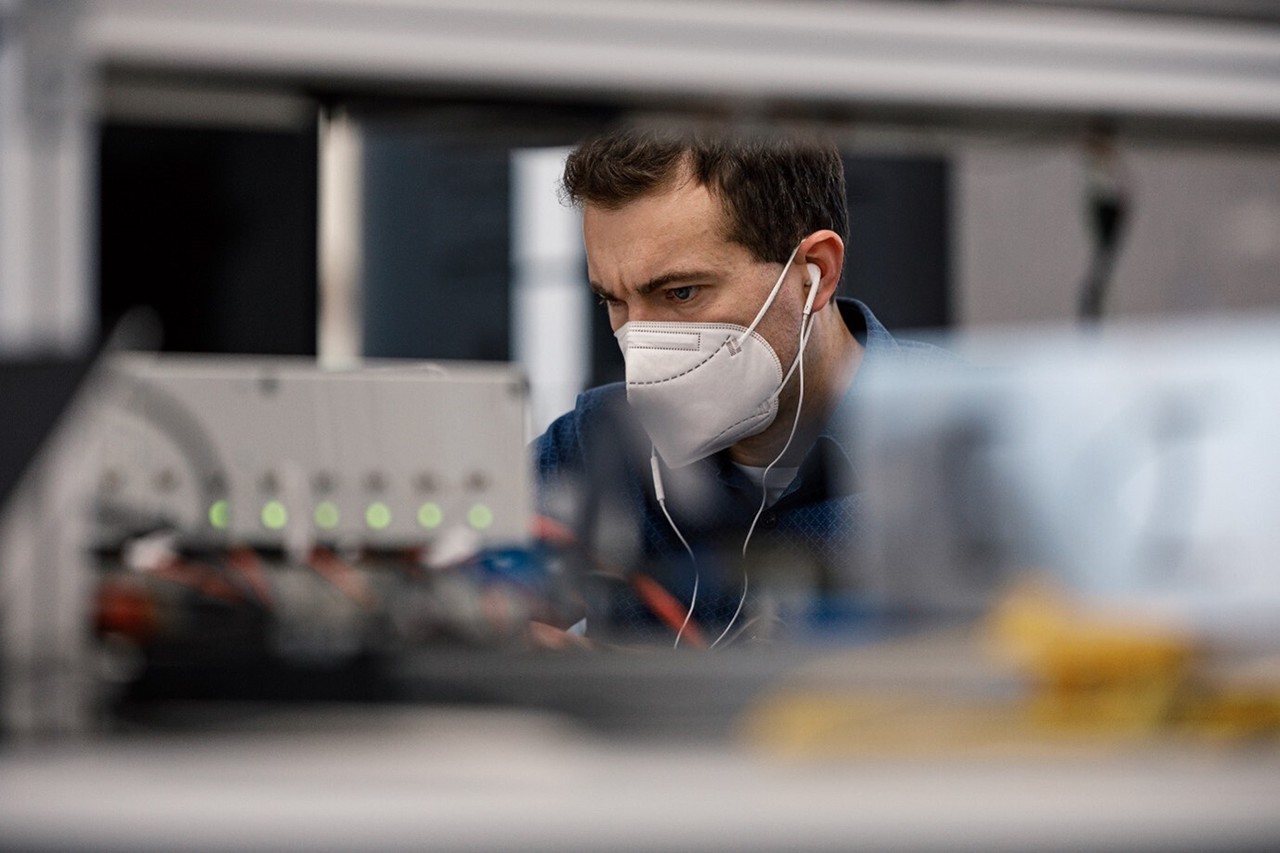 In developing the climate control use case, the goal was to have a realistic, customer-facing feature. Though seemingly simple from a customer point of view, it actually makes use of virtually every part of the hardware topology, as well as VW.OS and VW.AC. With remote functionality, it shows how the temperature in the vehicle can be controlled from wherever you are – whether that’s right next to the car or 100 kilometers away.

The use case begins with the Volkswagen WeConnect ID smartphone app, where the user can adjust the temperature in the vehicle (or, in this case, on the MVP). The signal is then sent from the SIM card in the phone to the cloud, where the information about the chosen temperature is processed. The processed signal returns from the cloud and, through the antenna, reaches the first ECU on the board. From there, the signal travels through the event chain, through various ECUs in the E³ 2.0 architecture and to the sensors and actuator layer. At this point, the rotation speed of the fan increases and a control panel with a display shows the new temperature, confirming that the temperature has in fact increased.

Another of the first features to be included on the first release of the 2.0 platform is OTA. With the MVP setup, we have one platform for over-the-air updates, and capabilities can be updated right from the start. CARIAD developers can push software to our backend platform and deploy any release they would like to the platform. In developing the OTA use case for the MVP, our developers were able to analyze and learn from our performance from earlier platforms, including the over-the-air update functionality currently available on software platform 1.1 in the Volkswagen ID.3 and ID.4.

The MVP and new vehicle platform allow us to deploy smaller, more incremental updates more often. Not only can we update individual applications, but also the whole VW.OS stack underneath it. Over-the-air updates are key to driving the Volkswagen Group’s vision and strategy to becoming a software-driven mobility provider. In this way, CARIAD will be able to bring updates to vehicles that are not only more frequent, but also more robust and more reliable. 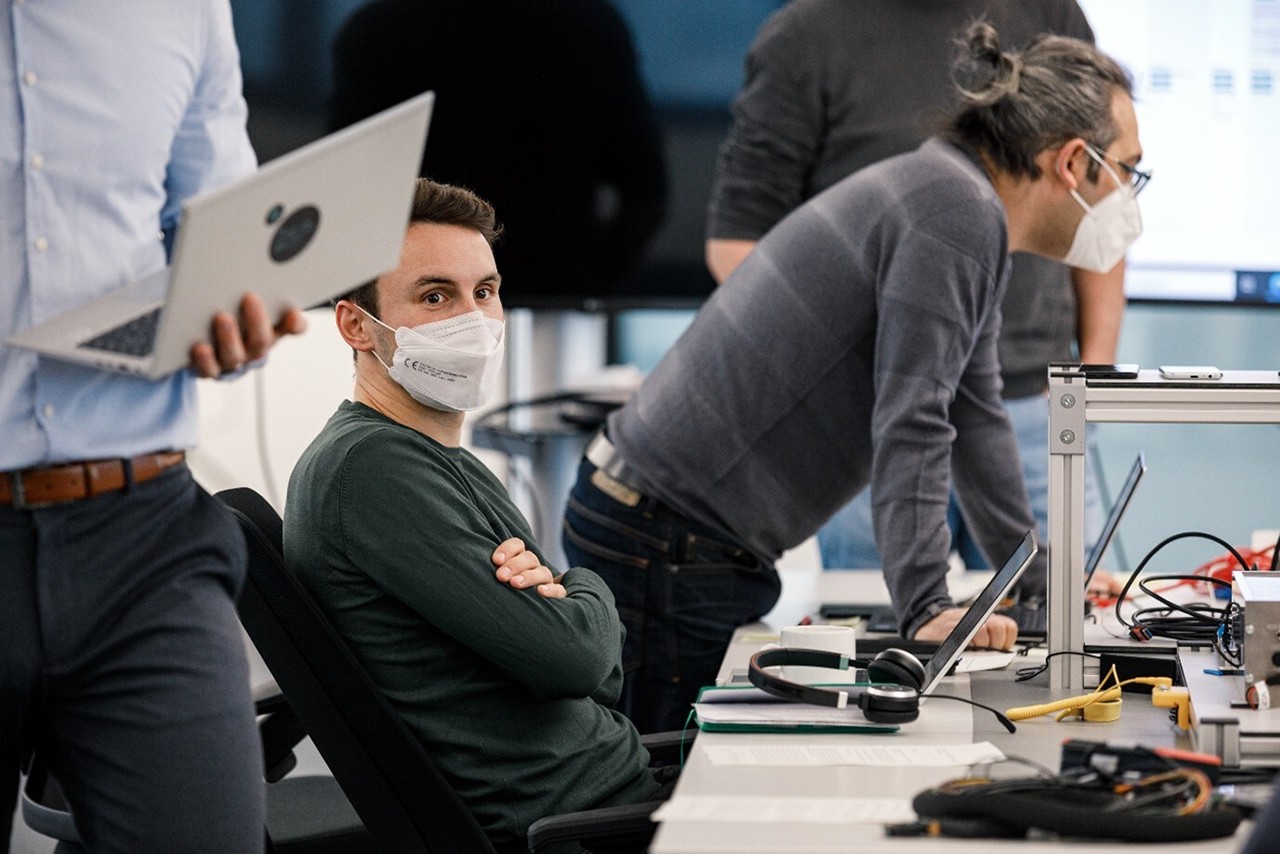 What are the next steps?

The completion of the MVP represents a huge step in the development of platform E3 2.0. It features all the hardware in terms of evaluation boards, and we have all the software modules we need from an infrastructure point of view, as well as select functional components, working together with a backend and even a mobile device. Now, having finalized the MVP project, the project will now continue to be developed, with additional sensors and controllers added to develop further use cases.

But it’s important to note that this is more than a technology exercise. Developers have been working iteratively and in an agile manner. We’ve been able to sharpen process and collaboration models between departments and teams. This is a very different way to working compared to what the automotive industry is used to. This game-changing way of working that has been applied to the MVP will make a huge difference – not just to this project or platform 2.0, but for the entire Volkswagen Group and our cars.

The complexity of this product is huge, so we need to take it in steps. We need to learn fast, observe the learnings and reintegrate them into our next steps. With a fast-paced development process and steep learning curves, we can manage this complexity. And with the MVP now as the one ‘source of truth’, complete with an end-to-end setup, we have a basis for testing and delivering a strong platform ready in time for the start of production.

To hear more about the MVP project from Alexis Trolin, Head of Solution Train E3 2.0, check out the video below:

Interested in working on innovative and pioneering projects? Join us.