#DecodingDiversity: What does diversity mean to us?

Over the past couple of months, we’ve been talking to just a few of our colleagues at CARIAD to understand what diversity means to them and the benefits of different skills, backgrounds and experiences. In this article, we take a look back at the five top things we learned. 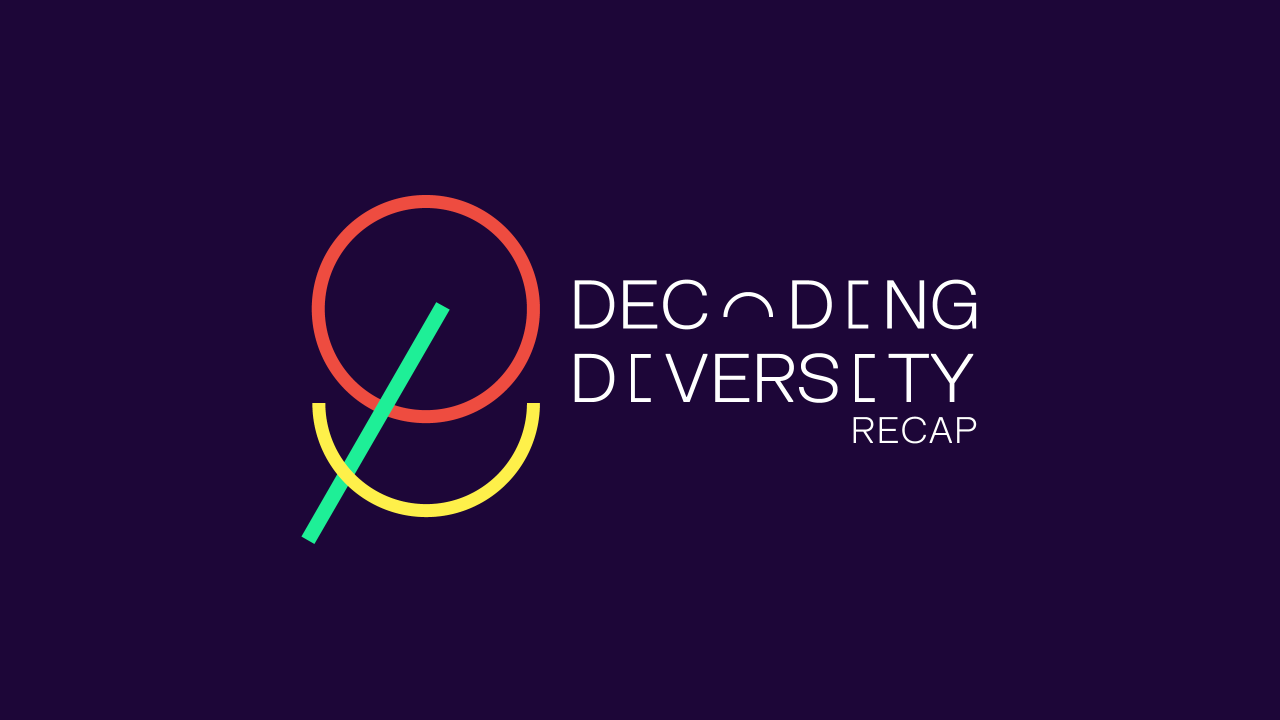 1. CARIAD is home to an open, inclusive and welcoming culture

When asked what diversity means to them, and how they would describe the culture at CARIAD, our colleagues came back with a whole spectrum of answers.

For Yashmin, diversity is about appreciating the differences in individuals and valuing the various characteristics of different cultural backgrounds: “I work in a very multicultural team, with colleagues from different countries and cultures, and we discover shared experiences every day.”

Oleg explained that, even after just a short amount of time at CARIAD, he was already able to learn so much about the mindsets and approaches of his international colleagues: "The more ideas and sources you have in the pot, the more opportunities you have and the more you can achieve. You can learn a lot from your colleagues – and not just technical experience. After conversations with colleagues, you realize that you can do things in completely different ways. Diversity helps a lot to keep your eyes open in that sense.”

As a lot of our colleagues mentioned, CARIAD is made up of very diverse and collaborative teams, in which open communication and the sharing of ideas is encouraged. We want to make people feel seen, heard and included. We also see our differences as a real strength, and make the effort to understand others’ situations, points of view and ways of thinking. This helps us all to develop closer relationships – both interpersonal and professional.

These new perspectives bring with them a huge range of ideas. They lead to greater creativity and innovation, allowing us to develop new solutions and achieve better results. It also helps us to welcome change and break away from the old mentality of “we’ve always done it this way”.

A range of different perspectives is particularly important for an international company like CARIAD. We have customers all over the world, and our diverse group of employees, who come from over 70 countries around the world, represent the diverse interests of those customers.  By better understanding ourselves and learning to appreciate other cultural differences and peculiarities within the company, we can better cater to all sorts of global customer requirements.

As Felix put it, “Within my daily working life, I definitely benefit from having living in different countries and having worked together with people with all different backgrounds – no matter at university or in my professional career so far. I think that, the more you work together with people from different backgrounds, the more you create a general understanding for each other and the better the output is.”

Paula added that “if you always have the same type of people, same cultural backgrounds, same education, same gender, same age, it’s like living in a bubble. But once you bring different people together, it’s like breaking that bubble. You can see further, you can see more, and you gain more input.”

But, as Sarah rightly pointed out, it’s always about being productivity, efficiency and innovation and efficiency: “On the one hand, there are proven facts about how diverse teams statistically provide better results than less diverse teams. But, on other hand, for me personally, it’s really just more interesting! There are a lot of different people from different backgrounds in my team and it’s just been fun to hear about people’s experiences, and maybe also have my point of view challenged and my horizons broadened!” 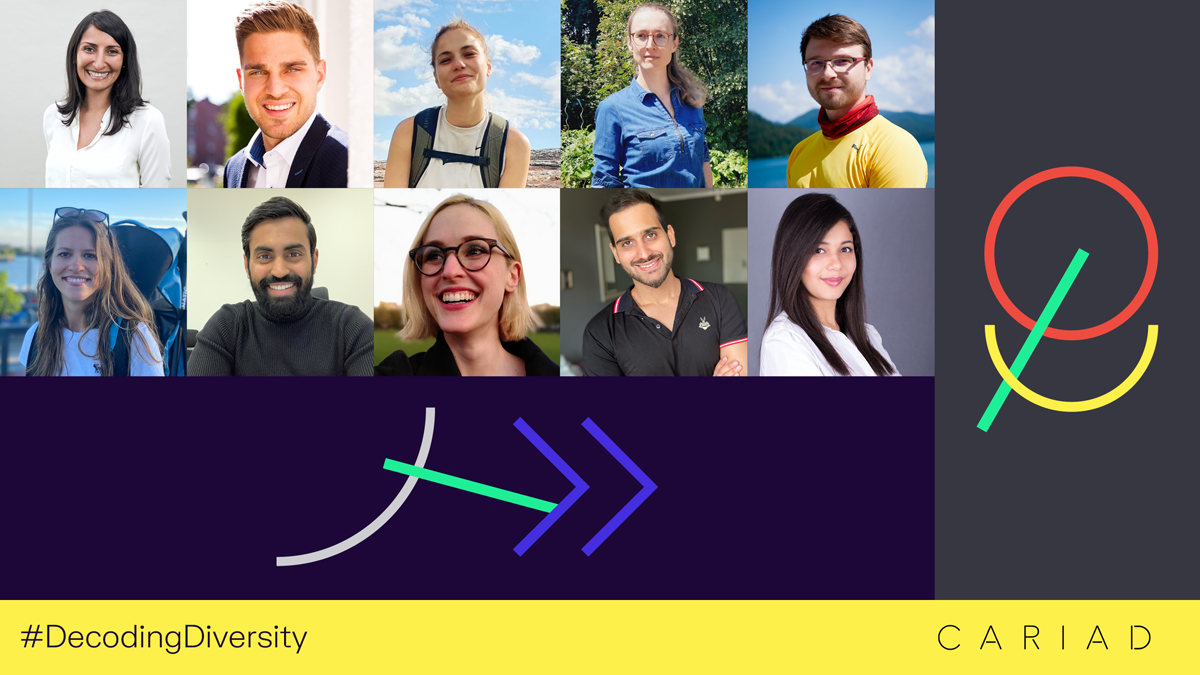 At CARIAD, we speak a whole range of different languages. English and German may be the most common languages, but our colleagues also speak French, Portuguese, Hindi, Urdu and Greek, to name just a few. Being able to learn a language and understand the nuances in people’s ways of expressing themselves helps you to deepen your connection with others and better understand how they see the world.

Sanket, who speaks three languages and is currently learning German, recognizes these benefits but, at the same time, emphasized that we’re not bound to a particular language for our work: “It doesn’t matter what language we communicate in or what our background is. The focus is always on the idea and their skills that someone brings with them. This makes it possible to work in an incredibly free and appreciative way.”

Syed touched upon the power of coding languages to unite people across cultures and continents. A large part of his job involves writing code to understand images: “Having the interface between visual representation of data – that is, data as images – and its corresponding semantic understanding in the form of natural language using another coding language in between is something that I find extremely interesting. You can already see how many languages are at play here – coding and natural.”

Ioanna talked about the professional opportunities offered by coding, as well as its ability to enhance general skills like problem-solving and creativity. Echoing Syed’s point about coding’s ability to unite us, she said: “For me, the international language of the future is definitely a coding language.”

4. We’re driven by change and curiosity

It’s our mission at CARIAD to transform automotive mobility. We all strive for change in a professional sense, and so perhaps it’s no surprise to see this same desire reflected in our colleague’s personal lives and backgrounds too. Many of our colleagues have lived, studied and worked in all different corners of the world, always in pursuit of something new, thought-provoking and challenging.

After growing up and living in France for 23 years, Laure decided to leave her homeland and move to Germany. That curiosity and desire for change also led her to CARIAD and influences her work to this day: “I have the French revolutionary gene. I’m not always satisfied with existing conditions. I tend to ask a lot of questions, which I think is a way of spreading a ‘speak up’ culture and to help open minds for other ideas and solutions.”

Ames, too, has been surrounded by a variety of cultures all her life: “I've always taken the opportunity to go abroad and experience different people, cultures and jobs." At the age of two, she moved with her parents from Tehran to Frankfurt am Main. During her business studies in Wiesbaden, she decided to take an internship at SEAT for her semester abroad in Barcelona. And now, she lives in Munich. Talking about CARIAD as a company, she said “it’s definitely something very special within the Group – it’s super international and lots of young people who are really keen and have the drive to create something new.”

5. We’re a microcosm of the wider world

With an open, welcoming and inclusive culture, a whole range of languages, and a constant drive for curiosity, the #DecodingDiversity series has revealed CARIAD to be a microcosm of the wider world. We’re a community that encapsulates the characteristics and interests of international society as a whole. No matter where you come from, there’s a home for you here

If this sounds like the kind of community and culture you’d like to be part of, why not check out our current vacancies? Simply click the button below.